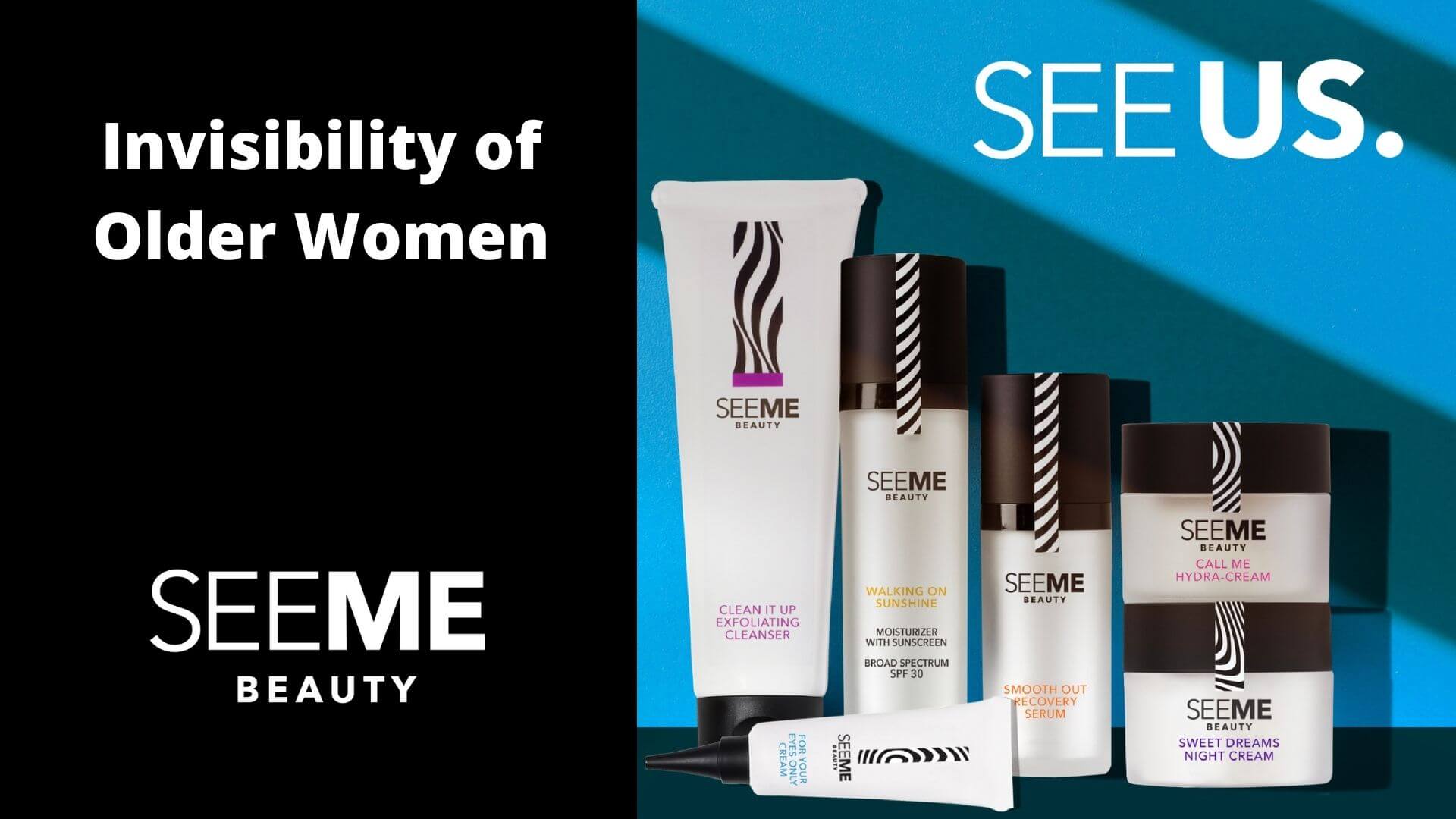 Referring to her anticipated disappearance on her upcoming 50th birthday, the writer Ayelet Waldman said to an interviewer, “I have a big personality, and I have a certain level of professional competence, and I’m used to being taken seriously professionally. And suddenly, it’s like I just vanished from the room. And I have to yell so much louder to be seen. … I just want to walk down the street and have someone notice that I exist.”

Our customers often share that they feel ignored by beauty companies more geared towards younger consumers. Being in our 50s ourselves, we understood that, and wanted them to feel seen. We also know just how important our age group’s unique needs are. So, we decided to do our part to highlight the great things our generation is accomplishing and design products that work best for us.

Pop culture doesn’t make it any easier. On television and in film the absence of women of a certain age is perhaps more visible. Research by the University of Southern California found women were cast as just 26 per cent of characters aged 40 or older in 414 films and television shows aired in 2014 and 2015.

In order to really get a sense of what women over 50 are feeling about being “seen” as they age, we’ve put together a variety of interviews from women approaching or over fifty.

Why do women become “invisible”?

Janet Rosen, a 59-year-old literary agent and writer from New York, believes that some women unconsciously feel there is a finite amount of “visibility” to go around. “If women let someone else have some, the feeling is, there isn’t enough for them.” She also thinks women 10 to 15 years younger than her are most guilty of making her disappear. “They seem to be fearful of reaching their 50s and older, so they pull out the invisibility shield,” she says. “Obviously being post-menopausal is contagious and they must not acknowledge” the existence of such creatures.

On “changing the narrative”

Australian Bella Garson, 60, feels optimistic that things could change. “We’re surrounded by ideals of beauty all the time and sometimes I look at myself in the mirror and it’s hard. But then I think about my 32-year-old daughter Arielle’s friends. They’re all so amazing and driven by their own passions – much more so than we were 30 years ago. I see a lot of confidence in young women these days, so hopefully this will feed into areas such as [ageing] and changes things up.”

Every birthday is worth celebrating

As she approaches 56, SeeMe Co-Founder Alexis Schrimpf has some thoughts on the taboo of aging. “This summer I turned 55 and I found it to be an interesting moment. When people would wish me a happy birthday – they would be taken aback when I replied “thanks – 55 years and still going strong!” Like gasp she said the number out loud. How embarrassing! I’m not sure why but this year I felt the response more. Perhaps it just sounds older.

What they don't realize is for my 36th birthday I was fighting cancer – and I promised myself I would celebrate and be proud of every birthday from that day forward. I find it life-affirming and renewing to embrace the next age. Whatever age that is. So, I won’t be shy about saying my number – I won’t be less than all I am so that I can conform or hide. I’m 55 and I am proud of it. And next year I will celebrate not just my 56th birthday but 20 years cancer free. Why wouldn't I celebrate this gift called life?”

In a video series with Yahoo, model Paulina Porizkova shares that even as a former supermodel (and ex-wife of The Cars front man Ric Ocasek) faces invisibility struggles as well. “I often use the hashtag #BetweenJLoandBettyWhite on my Instagram posts. Jennifer Lopez may only be just a few years younger than me, but you're talking about a woman who is 51 and looks 30, and is incredible gorgeous and sexy and absolutely viable as a woman — everyone can agree that she's hot. And then Betty White is just adorable and charming and so funny and we just love her because she's such a firecracker at her age. And in between the two of them, there's nobody. So you either have the middle-aged woman that looks incredible and doesn't look her age, or the truly older woman that absolutely looks her age, but doesn't act her age. There's no celebration of actual age.”

We see that invisibility is an issue, and we’re here to do our best change it. At SeeMe Beauty, we believe that every woman is beautiful and deserves to be seen. We SEE you!